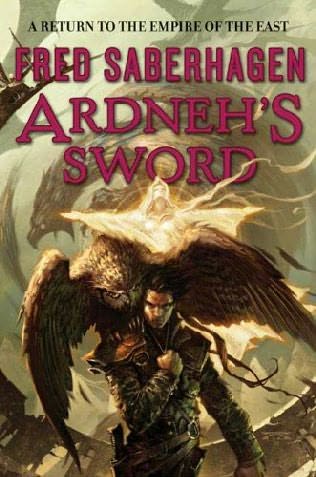 It's been a thousand years since the time of Ardneh, the transcendant being that saved humanity from the vicious archdemon Orcus. It was a legndary battle between magic and technology that killed them both, but left behind tales of Ardneh's heroism and newly found hope for humanity. But in the passing years only a few remain that actually believe these legends as truths.Chance Rolfson comes from a long line of Ardneh's followers, descendants from Rolf, the illustrious warrior who fought in Ardneh's name for humanity many years ago. A young man plagued with vivid nightmares, Chance hopes to clear his head by joining a forest expedition that seeks physical proof of Ardneh's existence. Their goal is to discover the great vault prophesized to hold the savior of humanity's secrets to his own power and wisdom. But the dangers are high in the uncharted forests, rife with bandits and demons that no magic can stop. And as Chance's dreams become more clear, he soon realizes these are not merely dreams but visions, and he alone holds the key to unlocking Ardneh's greatest gift, known to the followers as Ardneh's Sword.

The new Book heroically attempts to recreate the same thrills. And while it delivers a neat tale, it simply cannot duplicate the original effects. -- Paul Di Filippo, Scifi.com

This is a fine sequel that fans of Fred Saberhagen especially those who read the EMPIRE OF THE EAST (the tale of Rolf and Ardneh) will enjoy. -- Harriet Klausner's Review Archive

Fans of Saberhagen's work will be well-rewarded... -- Drew Bittner, SFRevu