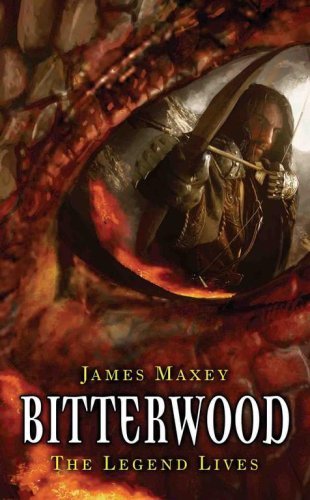 Bitterwood has spent the past twenty years hunting down dragons, one at a time. But he is getting old and the hate that he has carried in his heart since a group of dragon-soldiers killed his family is beginning to fade. When he kills the royal prince dragon, the king decides the only retribution is genocide of the human race. Bitterwood is forced to enter the Free City, the grand trap designed to eradicate mankind, with thousands of others. Can he lead from within, or can a select few dragons unite to stop the king's madness from becoming reality. Full of rich characters and drama, this is an amazingly astute vision of our own culture by way of a feudal kingdom where dragons rule, and humans are used as workers or pets.

Pretty much like real life, only with dragons. -- Paul Haggerty, SFRevu

Full of adventure, mystery, action, this is one story that should appease any fantasy and adventure fan. -- Angela, scifichick.com

...thrilling, full of plot twists, fabulous coincidences and reversals of fortune that drag the reader towards a neat, affirming conclusion. -- Eric Brown, the Guardian

... a quick read with plenty of action and some cool concepts... -- Robert, FantasyBookCritic.com