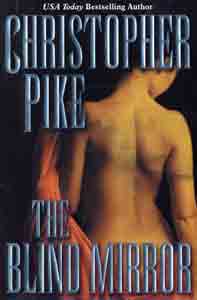 Synopsis of The Blind Mirror

David, a twenty-eight-year-old artist, is recovering from a bad breakup with the mysterious and beautiful Sienna when he discovers a woman's dead body half-buried on the beach near Lompoc, California. To his surprise, David is interviewed not just by the local sheriff, but by FBI agent Krane, who declares that the woman was killed in a ritualistic manner. Soon the dead woman is identified as David's ex-girlfriend, and he becomes the prime suspect in her murder. But Sienna can't be dead; she keeps leaving messages on his answering machine. And no matter how badly their relationship ended, he couldn't have killed her. She was the love of his life. In self-defense, David begins his own investigation, trying to find out who the dead woman really is and what's behind the satanic murder. He's both helped and hindered by his friends, especially Julie, whom he had a crush on in high school and who has suddenly reappeared in his life, and the Reverend Pomus, who tries to warn David of the reality of true evil. David's search for Sienna and the truth about her disappearance take him from coastal California to New York City to Florida-and into the darkest night of his soul.

Reviews of The Blind Mirror

This is the first Book by Pike in four years. I hope that his next hiatus is much shorter. -- Mark Graham, The Rocky Mountain News