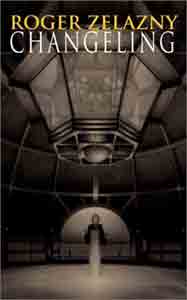 In Changeling, the people had long suffered under Det Morson's power. When at last, the wizard Mor joined the fight, Det and his infamous Rondoval castle were destroyed. But the victory was not complete, for the conquerors found a baby amidst the rubble: Det's son, Pol. Unwilling to kill the child, Mor took him to a world where the ways of magic were considered mere legends -- a world called Earth. In Madwand, Pol Detson, son of Lord Det, has come home, now a powerful sorcerer of unsurpassed natural ability. But Pol is still an untrained talent, a "madwand." To take control of his powers, to rule in his father's place, he must survive arduous training and a fantastic initiation into the rites of society.

Popcorn for the mind... -- Mark Greener, The Alien Online