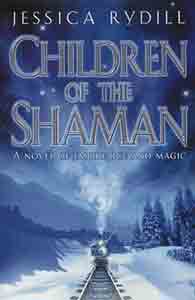 Children of the Shaman

Synopsis of Children of the Shaman

Raised by their aunt in a remote coastal town, Annat and Malchik have always been protected from the hostile world that surrounds them. It is now time for them to find their own way. To become true wanderers. Reunited with their father, they embark on a remarkable train journey that will take them to the frozen lands of the north. Shortly after their arrival in the town of Gard Ademar, it becomes apparent that dark forces are at work. A Series of apparently senseless murders have terrified the townspeople, threatening the construction of a new tunnel. It is a mystery that will draw them into the magical kingdom of La Souterraine. A place where only a shaman can hope to survive.

Reviews of Children of the Shaman

It is hard to believe this is a debut novel because the Author has such a refined sense of place and is able to create an imaginary world subtly different Earth but one we can understand. -- Harriet Klausner, BooksNBytes

Not without its faults, it presents indications of an innovative voice in fantastic fiction who can combine seemingly disparate elements into what one hopes will eventually become a seamless whole. -- Steven H Silver, SF Site

Children of the Shaman starts well enough, but like a runaway train, it slips away from us and leaves us on the platform. -- John Berlyne, SFRevu

Children of the Shaman stumbles in trying to give too much to the reader. -- Simeon Shoul, Infinity Plus