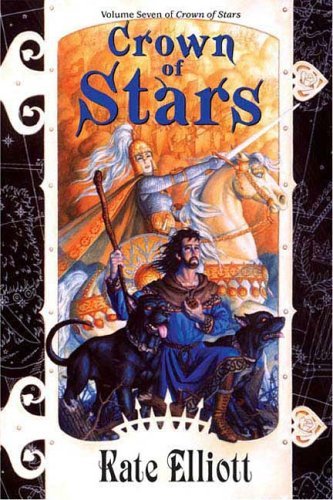 Synopsis of Crown of Stars ...7

The land is beginning to recover from the cataclysmic return of the spell-cast Aoi lands to earth. But many new alliances are forming even as Sanglant struggles to legitimize his own leadership. The Aoi are carrying out random attacks-while implicating him as their leader. Stronghand has begun a march of conquest into the heart of Sanglant's realm. Adelheid and Antonia have made an unholy alliance. And Sabella and Duke Conrad are moving to seize Sanglant's crown. Cultures, religions, and races are clashing in what will be the ultimate struggle for control of this strange new world.

Reviews of Crown of Stars ...7

This is a very good climax to a very long Series. -- Madeleine Yeh, SFRevu

This is definitely not one of those final volumes that rely on the reader's dogged determination to find out what happens to keep them turning the pages. -- Juliet E. McKenna, Emerald City