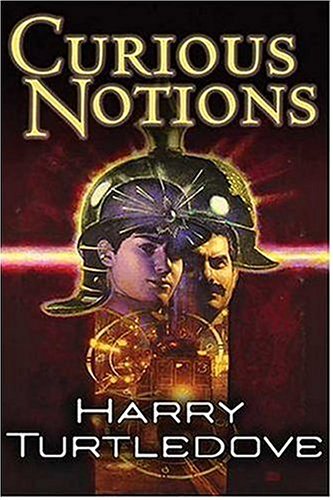 In a parallel-world 21st-century San Francisco where the Kaiser's Germany won World War One and went on to dominate the world, Paul Gomes and his father Lawrence are secret agents for our timeline, posing as traders from a foreign land. They run a storefront shop called Curious Notions, selling what is in our world routine consumer technology-record players, radios, cassette decks--all of which is better than anything in this world, but only by a bit. Their real job is to obtain raw materials for our timeline. Just as importantly, they must guard the secret of Crosstime Traffic--for of the millions of parallel timelines, this is one of the few advanced enough to use that secret against us.Now, however, the German occupation police are harrassing them. They want to know where they're getting their mysterious goods. Under pressure, Paul and Lawrence hint that their supplies comes from San Francisco's Chinese...setting in motion a chain of intrigues that will put the entire enterprise of Crosstime Traffic at deadly risk.

It's a great idea and Turtledove is an old hand at using alternatives to set stories but this particular tale feels rather tired. -- Sue Davies, SFCrowsnest