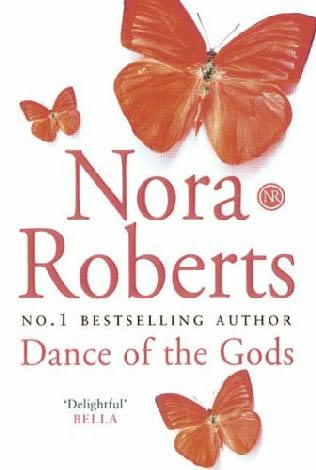 Dance of the Gods

Synopsis of Dance of the Gods

Raised in a family of demon hunters, Blair Murphy has her own personal demons to fight - the father who trained, then abandoned her, and the fiance who walked out on her after learning what she is. Now she finds herself training a sorcerer from 12th century Ireland, a witch from modern day New York, a scholar, and a shape-shifter from the mythical land of Gaell, while trying to keep herself from staking the sixth of their circle: a vampire sired by Lilith, the vampire queen they've been charged with defeating on Samhain. No stranger to a good fight, Blair finds she has met her match it comes to that handsome and flirtatious Geallian, Larkin. And a couple of run-ins with one of Lilith's loyal followers gives Blair more than she reckoned for, mentally and physically. But will she be able to stay alive long enough to defeat Lilith's army? Or will she find herself falling for the one thing she vowed never to give into again?

Reviews of Dance of the Gods

I enjoyed Dance of the Gods even more than Morrigan's Cross, and wanted to start the third Book, Valley of Silence, as soon as I put it down. -- Erin Collazo Miller, About.com

As with Morrigan's Cross, this Book was a bit too short. -- Vicky London, Vampire Genre

We will all be clamoring for the finale as soon as this Book is finished. -- Paula, A Romance Review

I guarantee you'll find MORRIGAN'S CROSS and DANCE OF THE GODS completely entertaining in themselves, but will eagerly look forward to November's VALLEY OF SILENCE. -- Jane Bowers, Romance Reviews Today

The middle tale of the Circle Trilogy (see MORRIGAN'S CROSS) is an excellent romantic fantasy with the emphasis on the paranormal magical elements. -- Harriet Klausner's Review Archive