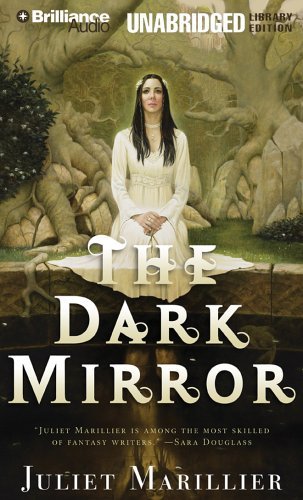 Synopsis of The Dark Mirror

THE DARK MIRROR is the first Book in Juliet Marillier's Bridei Chronicles.

Bridei is a young nobleman fostered at the home of Broichan, one of the most powerful druids in the land. His earliest memories are not of hearth and kin but of this dark stranger who while not unkind is mysterious in his ways. The tasks that he sets Bridei appear to have one goal-to make him a vessel for some distant purpose. What that purpose is Bridei cannot fathom but he trusts the man and is content to learn all he can about the ways of the world.

But something happens that will change Bridei's world forever...and possible wreck all of Broichan's plans. For Bridei finds a child on their doorstep on a bitter MidWinter Eve, a child seemingly abandoned by the fairie folk. It is uncommonly bad luck to have truck with the Fair Folk and all counsel the babe's death. But Bridei sees an old and precious magic at work here and heedless of the danger fights to save the child. Broichan relents but is wary.

The two grow up together and as Bridei comes to manhood he sees the shy girl Tuala blossom into a beautiful woman. Broichan sees the same process and feels only danger...for Tuala could be a key part in Bridei's future...or could spell his doom.

Reviews of The Dark Mirror

I highly recommend The Dark Mirror as a brilliant beginning to a new Series about the Picts of Scotland. -- Hilary Williamson, Bookloons

Fans of Marillier's work (other offerings include the Sevenwaters trilogy) will be delighted with this new offering. -- Sally Murphy, AussieReviews.com

spellbinding tale is filled with strong characterizations and vivid descriptions of the era interwoven within a story line that contains plenty of action and can stand alone though trouble seems on the horizon in the next Bridei Chronicle for the hero and his beloved. -- Harriet Klausner, ParaNormal Romance Reviews