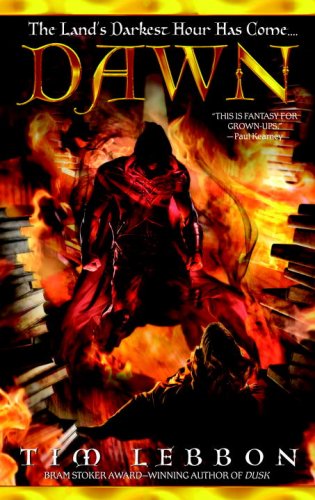 Award-winning Author Tim Lebbon takes fantasy to new heights in his thrilling new epic as unlikely allies struggle to keep the light of hope burning against a tide of unending darkness...

Noreela teeters on the brink of destruction, but at its center pulses a magic grown stronger than ever before. Now the Mages have raised an army of terrifying warriors and unstoppable war machines. Their goal: the annihilation of all Noreela through a reign of bloodshed and death unlike any ever imagined.

But Noreela's last survivors will not go quietly into the never-ending darkness. One man will lead a desperate band of rebels, including a witch, a fledge miner, and a dreaming librarian. For an ancient prophecy predicts that the future of magic will emerge in a child still unborn...if only our heroes can stay alive until dawn.