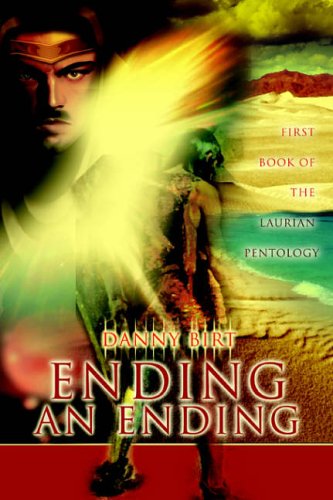 Synopsis of Ending an Ending

Existence is not supposed to be optional in this flat polytheistic world...it is the dictate of Etre, one of the world's three founding gods. But Sanct, a man lacking memories, skills, and purpose, possesses (or is possessed by) an object that seemingly ignores the gods... rules with impunity. To make matters even more confusing, Sanct is purportedly one of the gods... servants.

But when the deities are forced to play by their own convoluted rules, even they can make mistakes.

Reviews of Ending an Ending

This novel does show that the Author has potential. If he can manage to trim the fat a bit more into a leaner narrative for future novels, he could produce some real page-turners. -- Daniel Eskridge, Galactium.com

Original and entertaining Ending An Ending is very highly recommended for science-fiction fans as a particularly well-Authored and vividly detailed novel that will leave the reader looking forward to the next installment of the Laurian Pentology. -- Midwest Book Review