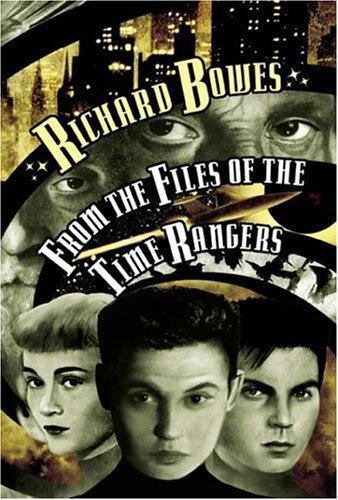 From the Files of the Time Rangers

Synopsis of From the Files of the Time Rangers

Greek gods are posing as humans and pulling humanity's strings in this mosaic novel about time travel, alternate worlds, and the making of a president. The Time Rangers, Apollo's chosen servants, are in charge of preserving the peace and harmony along the Time Stream, the pathway between various worlds and times, but Apollo has given them a new task'to protect Timothy Macauley, the chosen one who must become the president of the United States or else witness the destruction of humankind. Standing in the Rangers's way are other gods: Mercury, who's working his wiles in the world of public relations; Diana, cruising New York City in the guise of an NYPD detective; Pluto, who is in the process of grooming his successor; and Dionysus, who has caused the annihilation of an alternate world. Nonstop action keeps the story rolling from the 1950s to the present day, through this world and others. The Author shares his insights into, and the history of, the mosaic novel in the afterworld.

Reviews of From the Files of the Time Rangers

I heartily recommend this Book, not just because it has intriguing characters and storyline, but because it is fun and thoughtful at the same time. -- Colleen Cahil, SFRevu

Some episodes work better than others, but in the final three chapters, Bowes manages to weave the disparate narrative strands into a compelling, though somewhat mysterious, conclusion. -- Michael Berry, San Francisco Chronicle

Bowes's characters and worlds allow for endless exploration, but he does a good job of limiting himself in From the Files of the Time Rangers. -- Steven H Silver, SFSite.com

From the Files of the Time Rangers is a marvelous dream of a Book, one whose currents draw readers out into deep waters with no promise of a return to shore. -- A.M. Dellamonica, Scifi.com