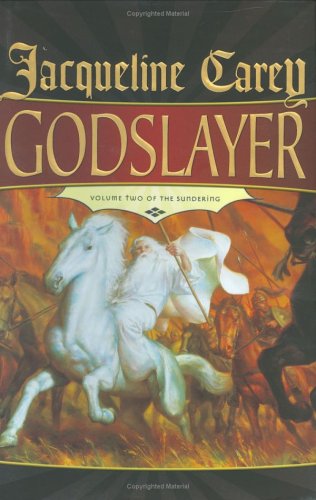 Supreme Commander Lord Tanaros was once human. But he chose darkness and immortality when his wife betrayed him with his king. He killed them both, and fled the realms of Men and now cares nothing for their fates.

A thousand years passed. His only allegiance is to his master, the dark god Satoris, who gave the gift of Life to the race of Men. Satoris, who rebelled against his elder brother God Haomane who had demanded that gift be taken away. Their fight cracked the very world in two; the name of Satoris became the word for evil throughout all the races, while the legend of Tanaros is the seminal tale of treachery.

And yet not all tales told are true.

A final prophecy has begun to unfold, and the races are uniting in their quest to rid the world of Satoris. The elder gods and goddesses, stranded on the other side of the world, send dreams to spur all to destroy Satoris and Tanaros, but those loyal to their god know a different side of the story and try to defend their citadel of Darkhaven, where Satoris sits in sorrow, controlling his own dominion, seeking neither victory nor vengeance.

Satoris's followers capture the beautiful Elvish princess Cerelinde, and without her the Allies cannot fulfill the prophecy. All who support Satoris clamor for her death-but Satoris refuses to act like the monster that he is made out to be, for he recognizes in Cerelinde a spark of the love that he once bore for his fellow gods.

She is a great danger to Satoris--and a greater danger for Tanaros and all that he holds dear. For she reminds him that not all women need be false... and that though he may be immune to death, his heart is still very much mortal.

Strong storytelling with evocative, compelling, and unforgettable characters, Godslayer is the thrilling conclusion to the events begun in Banewreaker, a haunting tale of love and loss that ultimately asks the question: If all that is considered good considers you evil, are you?

There is much potential here for a fascinating exploration of the morality of those who claim to be good and those who have accepted the label evil. But, at times, the overly complex plot overwhelms the deeper philosophical questions. -- Natalie A. Luhrs, The Romantic Times Book Club