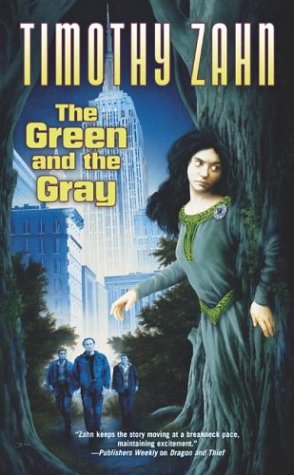 The Green and the Gray

Synopsis of The Green and the Gray

Timothy Zahn, Author of Heir to the Empire, the best selling Star Wars novel of all time, has crafted a fresh, suspenseful tale of conflict in New York City that threatens to escalate into all-out genocidal warfare.

For seventy-five years the Greens and the Grays have lived quietly among us in the shadows of New York, alien refugees from a war of attrition that utterly destroyed the rest of their kind. Passing as everyday citizens, yet with powers and technologies unknown to humanity, each group has long believed that they are all that remain of their old world and their terrible conflict.

But now, to their mutual surprise, they have found each other, and the old hatreds and fears have once again risen to the surface.

And each side is preparing again for war.

On a cold October night, Roger and Caroline Whittier, a young couple struggling with their marriage, are accosted at gunpoint, and an unexpected burden is thrust upon them: Melantha Green, a twelve-year-old girl snatched from the hands of a peace coalition consisting of both Greens and Grays. The coalition had been preparing to cold-bloodedly sacrifice her in a last-ditch effort to prevent the impending battle...and it desperately wants her back.As Roger and Caroline strive to protect Melantha and to understand the alien cultures they have suddenly been thrust into, they find aid in unlikely places. They're joined in their efforts by NYPD Detective Thomas Fierenzo, who's determined to prevent what he believes to be an impending gang war, and by Otto Velovsky, a former Ellis Island clerk who was present at the very beginning of the aliens' new life on earth.

Unlikely allies,unlikely heroes...and they have just one week to find a way to prevent New York City from becoming a battlefield the likes of which the world has never known...

Reviews of The Green and the Gray

There are many aliens who live among us in science fiction stories such as the Men in Black, but Timothy Zahn has a unique and original way of taking a tribe plot and turning it into a fantastic storyline. -- Harriet Klausner, AllScifi.com