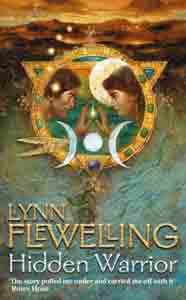 As the orphaned nephew of the king, trusted companion to his cousin, and second heir to the throne of Skala, Prince Tobin's future is clear. But not as clear as the spring in which a hill witch shows him his true face--and his secret destiny....

Now Tobin carries a burden he cannot share with even his closest friend, Ki, his squire. He is to rule--not as he is but as he was born: a woman. Given the shape of a boy by dark magic, Tobin is the last hope of the people of Illior--those who desperately seek a return to the old ways, when Skala was ruled by a line of warrior queens. They still believe that only a woman can lift the war, famine, and pestilence that have run rampant through the land since the king usurped his half sister's throne. It is these outlaw wizards and witches who protect Tobin--and it is for them that Tobin must accept his fate.

With the unsuspecting yet fiercely loyal Ki at his side, Tobin must turn traitor against the only blood ties he has left. He must lift the masks of Skala's rulers to show their true colors--before he can reveal the power of the woman within himself.

I...m glad to say Lynn Flewelling doesn't disappoint, following a devious path through denial and confusion where Tobin's soul-searching is always informed by the grim reality of her story. -- Juliet E McKenna, The Alien Online

Readers who enjoy fantasy adventure ought to be pleased by this new offering from Lynn Flewelling. -- Sherwood Smith, SF Site