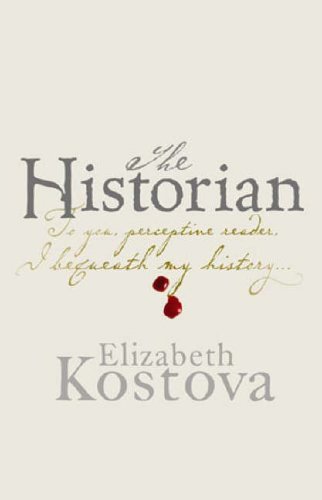 Synopsis of The Historian

In this riveting debut of breathtaking scope, a young girl discovers her father's darkest secret and embarks on a harrowing journey across Europe to complete the quest he never could -- to find history's most legendary fiend: Dracula. When a motherless American girl living in Europe finds a medieval Book and a package of letters, all addressed ominously to "My dear and unfortunate successor..." she begins to unravel a thread that leads back to her father's past, his mentor's career, and an evil hidden in the depths of history. In those few quiet moments, she unwittingly assumes a quest she will discover is her birthright: a hunt that nearly brought her father to ruin and may have claimed the life of his adviser and dear friend, history professor Bartholomew Rossi. What does the legend of Vlad the Impaler, the historical Dracula, have to do with the 20th century? Is it possible that Dracula has lived on in the modern world? And why have a select few historians risked reputation, sanity, and even their lives to learn the answer? So begins an epic journey to unlock the secrets of the strange medieval Book, an adventure that will carry our heroine across Europe and into the past -- not only to the times of Vlad's heinous reign, but to the days when her mother was alive and her father was still a vibrant young scholar. In the end, she uncovers the startling fate of Rossi, and comes face to face with the definition of evil-- to find, ultimately, that good may not always triumph.

Reviews of The Historian

Although the Book is appropriately suspenseful and a delight to read--even the minor characters are distinctive and vividly seen--its most powerful moments are those that describe real horrors. -- Regina Marler, Amazon.com

From an ivy league Author with an advanced degree, the Book is learned, well-written, but oddly conventional and un-ambitious. It ends up being very normal. -- Inchoatus

Like all reworkings, it is more knowing, and less fun, than its original. -- Jane Stevenson, The Guardian

It's an enjoyable journey for those who dare to take it. -- W. R. Greer, Reviews Of Books

Once you pick this novel up it won't take you long to get to the end. -- Michael D. Clark, The Houston Chronicle

There is much to enjoy, and it is better than a lot of the rather similar Books doing the rounds at the moment. -- SFFWorld

The Historian is an admirable work, one that will certainly resonate in some ways, but to be fair it must also be said that the novel's studied history and excessive traveloguing suck from it much of the life it might have had. -- Tony Buchsbaum, January Magazine

At 642 pages, the beautifully written and creepily realistic novel feels too long at the beginning, but then way too short as the reader eagerly yet reluctantly approaches the final climax. -- Terry Miller Shannon, BoorReporter.com