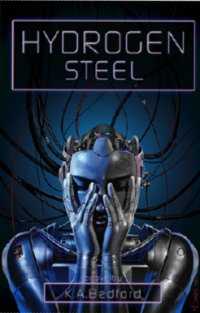 When retired top homicide inspector Zette McGee, late of Winter City, Ganymede, gets called out of her mysterious retirement to help Kell Fallow, a desperate former android accused unjustly of murdering his wife and children, she knows she has to help him, for Zette has a secret she is desperate to keep, and Fallow knows all about it. With the help of her best friend, the elderly but very suave former secret agent Gideon Smith, and his ridiculously impressive personal starship, the Seemed Like a Good Idea at the Time, Zette sets out (a) to help the accused man, but also (b) to keep Gideon from finding out her own awful secret, even as everything they learn in the investigation keeps pointing to it. But when Kell Fallow is killed by a bomb he didn't know was buried in his guts, and when a homebrew android identical to Zette destroys her home on the luxurious Serendipity habitat, Gideon and Zette go on the run, only to run afoul of sabotage, spies, nasty infections, and bad guys galore and ordinary machines come to relentless, murderous life. The case will take Zette and Gideon on a terrifying journey into the darkest reaches of human space, in pursuit of an ancient truth -- and will bring her into deadly contact with that truth's keeper, the awesomely powerful firemind, Hydrogen Steel, an artificial consciousness evolved far beyond its original design, and which is utterly determined to keep that same truth from getting out, at any cost. Hydrogen Steel is a tense and thrilling mystery within a mystery, a tale of secrets and truth, and a journey to the limits of existence--and a bit beyond!

...this Book will go down easy and keep you absorbed. -- Paul Di Filippo , Scifi.com

Thrilling in places, suspenseful in others, an avid science fiction reader could do a lot worse than Bedford's latest offering. -- Alisa Krasnostein, As If