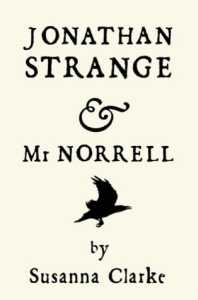 English magicians were once the wonder of the known world, with fairy servants at their beck and call; they could command winds, mountains, and woods. But by the early 1800s they have long since lost the ability to perform magic. They can only write long, dull papers about it, while fairy servants are nothing but a fading memory. But at Hurtfew Abbey in Yorkshire, the rich, reclusive Mr Norrell has assembled a wonderful library of lost and forgotten Books from England's magical past and regained some of the powers of England's magicians. He goes to London and raises a beautiful young woman from the dead. Soon he is lending his help to the government in the war against Napoleon Bonaparte, creating ghostly fleets of rain-ships to confuse and alarm the French.All goes well until a rival magician appears. Jonathan Strange is handsome, charming, and talkative-the very opposite of Mr Norrell. Strange thinks nothing of enduring the rigors of campaigning with Wellington's army and doing magic on battlefields. Astonished to find another practicing magician, Mr Norrell accepts Strange as a pupil. But it soon becomes clear that their ideas of what English magic ought to be are very different. For Mr Norrell, their power is something to be cautiously controlled, while Jonathan Strange will always be attracted to the wildest, most perilous forms of magic. He becomes fascinated by the ancient, shadowy figure of the Raven King, a child taken by fairies who became king of both England and Faerie, and the most legendary magician of all. Eventually Strange's heedless pursuit of long-forgotten magic threatens to destroy not only his partnership with Norrell, but everything that he holds dear.Sophisticated, witty, and ingeniously convincing, Susanna Clarke's magisterial novel weaves magic into a flawlessly detailed vision of historical England. She has created a world so thoroughly enchanting that eight hundred pages leave readers longing for more.

Clarke proves the mighty potential of the fantasy genre by taking it in a startling new direction. -- Inchoatus.com

Add in an increasingly evil menace from the fairies, ceaseless English rain, and Clarke's fondness for winter and Buffy the Vampire Slayer, and you begin to appreciate the novel's moody vibe... -- John Burns, Striaght.com

This is the strangest...and, as we gratefully come to understand, the "norrellest"...magic a Book lover could wish for. -- Michael Alec Rose, BookPage

It could be backhanded praise that Clarke's characters are so eccentrically human that you want to know where each and every one of them winds up, but maybe she's saving it for the sequel. -- Grady Hendrix, The Village Voice

Clarke mingles military and magical history with remarkable success, conveying the horrors of war along with her own surreal inventions, such as a fleet of decoy ships made of rain or a battlefield where hands of mud pull French cavalry to the ground. -- Ron Charles, The Christian Science Monitor

It is a Book for a favourite armchair, for readers in patched cardigans, with log fires and buttered muffins. Should your present circumstances offer none of these comforts, do not be deterred. You need only dip into this big, bubbling cauldron of a Book to feel that Clarke has conjured them all for you. -- Helen Brown, The Telegraph

is in fact an elegant and witty historical fantasy which deserves to be judged on its own (considerable) merit. -- Matthew Alexander, The Telegraph

...a novel destined to become a classic. -- Jana Kraus, MostlyFiction.com

The most worrying weakness, though, is the Book's low emotional temperature. -- Michel Faber, The Guardian

For all its ingenuity and charm, this Book is as insubstantial as fairy gold. -- Jane Stevenson, The Guardian

Susanna Clarke has clearly done everything in her power to convey her singular fictional vision. -- Michael Berry, The San Francisco Chronicle

I read the last 250 pages at a gallop, holding my breath most of the time. -- Colette Bancroft, The St. Petersburg Times

...Clarke's most impressive show of Authorial skill is in how she resolves this tension without destroying it. -- Nisi Shawl, The Seattle Times

At its best and most uncluttered, this Book delivers splendid and unpredictable surprises. -- Janet Maslin, The New York Times

It may be just as well that Susanna Clarke's first novel, "Jonathan Strange & Mr. Norrell," is nearly as big as a house, since this is the kind of Book you want to move into and settle down in for a long stay. -- Laura Miller, Salon.com

She's a great admirer of Charles Dickens and has produced a work every bit as enjoyable as The Pickwick Papers, with more than a touch of the early Anne Rice thrown in for good measure. -- Ed Halloran, The Denver Post

What stands out here is the sheer elegance of the writing, the style of which has been likened to what Authors such as Jane Austen and Dickens might have produced had they been genre writers. -- John Berlyne, SFRevu