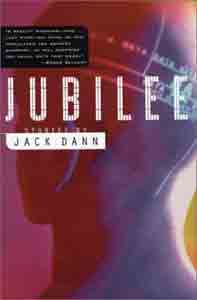 I almost died when I was in my 20's. I was in hospital and was given a 5% chance of survival. The days and weeks and months were a Series of stop-motion slides of agonizing pain and ice-blue Demerol dreams, pain, bliss, pain, bliss, and during the Demerol highs, I would ask my nurse for ice; I would place my hand in the ice and dream of "The Blue Country," a place of ice mountains and constant blue twilight, my own metaphor for lonely peace and death.

After months of fighting for my life on a terminal ward where my friends died and the patients formed a secret club of those traversing the blue country, I began to recover. On my tray table beside the bed, I kept a copy of Ernest Hemmingway's memoir of his youth in Paris, A Moveable Feast; and it became like a talisman for me. When I was too ill even to consider reading, I would put my hand on its cool covers...as if I could become a writer by osmoses. Later, I would read a passage or a page and enter Hemmingway's life, enter what the French Author Jean Dutourd called the life of art. I associated Books with life, with the juice and joy of being alive, and I felt...I felt that I had, in a sense, died and come back. I...d been given a second chance. And somehow that gave me the courage to take chances, live on the edge, live my dreams. I wasn't afraid of failure. For a while, I wasn't afraid of anything!

Thirty years later and I...m still living the dream, writing, stretching, reaching for that elusive, perfect image, living fast and hard and hot, and sometimes-when I...m sitting in front of the CRT screen and reaching for those images-I...m not afraid of anything.

The stories that follow are living bits of my experience and memory-alchemical distillations of my fantasies, dreams, and nightmares. They are the fictional flesh of my musings.

And if I...ve done something right, some of their magic might come alive for you...become part of your experience and sense memory

'Jubilee'captures all that Jack Dann is and has given to the literary field in general. -- Robert N Stephenson, Altair Australia

Anthology fans will sing JUBILEE with this "best of" works from a strong science fiction Author. -- Harriet Klausner, BooksNBytes