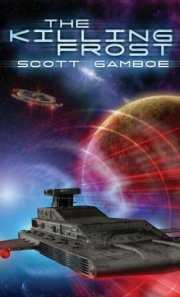 Synopsis of The Killing Frost

There is an uneasy peace between the United Systems Coalition and the Bromidian Empire. But it is constantly strained by the actions of a group of renegade Bromidians who call themselves Rising Sun, and an elite Coalition military group known as the Avengers has been fighting a covert war against them for years.Captain Arano Lakeland leads one of the teams. His motivation, vengeance. Revenge against the Rising Suns invasion of his homeworld and the subsequent slaughter of his family. His actions, however, in his relentless quest to see the Bromidian empire brought to its knees, have won him the enmity of Grand High Councilor Balor Tient, a corrupt man holding one of the most powerful positions in the Coalition.To further complicate matters, Aranos efforts to prove a connection between Rising Sun and the Bromidian government are being hampered by both a traitor in the Coalition bureaucracy, and the Coalitions desire for peace at any price. And now it is a race against time as Arano and his companions try to survive long enough to solve a Series of brutal murders, expose the traitor in their midst, and unite various factions with the Coalition. And if he fails? Cataclysmic war that will engulf the entire galaxy.

Reviews of The Killing Frost

From hand-to-hand combat to spectacular battles in space, THE KILLING FROST packs a punch and knows how to keep those pages turning. -- Shawn P. Madison, The Eternal Night

isn't a Book I would recommend, unless you are a fan of the new breed of computer games where plot and character development take a back seat to repetitive action. -- Steve Lazarowitz, Novelspot