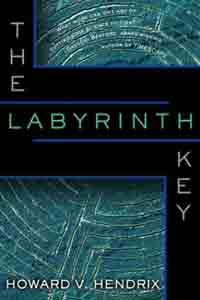 Synopsis of The Labyrinth Key

In a secret war waged in worlds both virtual and real, the fates of nations depend on the definitive weapon. And that weapon is knowledge...knowledge to die for. . . .

The race is heating up between the U.S. and China to develop a quantum computer with infinite capabilities to crack any enemy's codes, yet keep secure its own secrets. The government that achieves this goal will win a crucial prize. No other computer system will be safe from the reach of this master machine.

Dr. Jaron Kwok was working for the U.S. government to build such a computer. But in a posh hotel in Hong Kong, a Chinese policewoman sifts through the bizarre, ashlike remains of what's left of the doctor. With the clock ticking, alliances will be forged...and there are those who will stop at nothing to discover what the doctor knew. As the search for answers intensifies, it becomes chillingly clear that the quantum computer both sides so desperately want will be more powerful, more dangerous than anyone could have ever imagined.

For in the twenty-first century, machines become gods, gods become machines, and the once-impossible now lies within reach. The key to unlimited knowledge will create the ultimate weapon of mass destruction...or humanity's last chance to save itself. . . .

Reviews of The Labyrinth Key

Howard Hendrix has proven to be a superior writer of complex and ambitious science fiction, and The Labyrinth Key, his fifth novel, is a worthy addition to his oeuvre. -- D. Douglas Fratz , Scifi.com

If you like open-ended speculation on weighty concepts (Think G...del, Escher, Bach, but with more action) then this is a Book for you. -- Larry Pfeffer, SFRevu