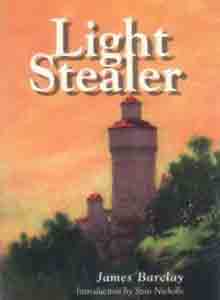 Septern is a genius and happy that everyone knows it. No mage on Balaia comes close to matching his abilities in the development, design and casting of spells. No mage understands the intricacies of the mana spectra like he does. No mage ever will. He is a true one-off.

Believing himself safe in the cocoon of his mansion, Septern chooses to ignore the war which rages outside his borders and continues to train the elite of Balaia's young mages. For his students, it is the opportunity of a lifetime. For Septern, it is peace from the demands of the colleges of magic while he continues his research.

And Septern needs peace because he is on the verge of creating the ultimate spell. The spell that could end the world.

But now, his genius and conceit threaten to be his undoing. In his creation, Septern sees the beauty of magic in its purest form and is determined to demonstrate it. But allies and enemies alike see something entirely different. They see the weapon that will win the war and bring everlasting domination to its owner.

And to gain this prize, they will do absolutely anything.

...the story moves along with great pace and with Barclay's customary touch of the gruesome and it remains an interesting addition to a fascinating and admirable Series. -- Ernest Lilley, SFRevu

For me, it was a fantastic introduction into a new fantasy world, and I think it would serve as that for others, too. -- Cindy Lynn Speer, Fantastica Daily

Thanks to PS Publishing for producing another winner and thanks to Barclay for again providing one hell of a Book. -- Vegar Holmen, The Alien Online

Light Stealer is an interesting introduction to Barclay's fictional world, but the execution doesn't quite match up to the ideas. -- John Toon, Infinity Plus