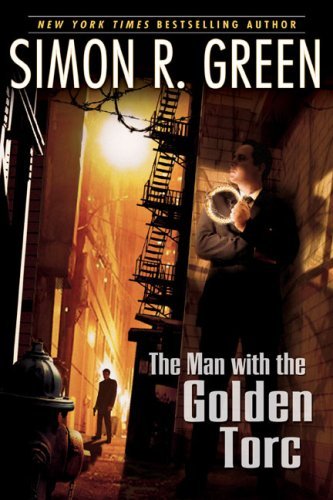 The Man With the Golden Torc

Synopsis of The Man With the Golden Torc

From the New York Times bestselling Author of the Deathstalker and Nightside Series comes a new kind of hero in an old kind of war.

All those things you hear about as a kid? The boogeyman under the bed? The creature in the closet? They're for real, people.

Eddie Drood knows they're for real. His family has kept humanity safe from the things that go bump in the night. For ages, they've held back the nightmares, locked the doors, barred the gates, and put righteous boot to monster arse on a nightly basis.

But now Eddie's in trouble. One of his own has convinced the rest of the family that Eddie's become a menace, and that humanity needs to be protected from him. So he's on the run, using every trick in the Book, magical and otherwise, hoping he lives long enough to prove his innocence. And he knows how dangerous the Droods can be-because he's one of them

Reviews of The Man With the Golden Torc

Fans of high-speed urban fantasy with a smart-aleck hero, fighting impossible odds, are sure to enjoy it. -- Drew Bittner, SFRevu

What you will get is the equivalent of a theme park ride, seat of your pants writing, with larger than life characters and exaggerated situations. -- John Berlyne, SFRevu

An adrenaline fuelled descent into the world of fairies and little green men that bodes well for the rest of the Series. -- Graeme's Fantasy Book Review

Green can still be interesting, amusing, or even impressive, when one of his ideas is "on." But most of the time he's not writing at what seems to be his best or seems too rushed or unconcerned to take pains. -- William Mingin, Strange Horizons