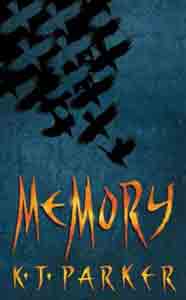 In a world he did not know, Poldarn's future was uncertain. Pursued by invisible enemies, and haunted by the demons of his past, he trusted no one - not even himself. He thought that he might have found some answers on the island he thought to be his childhood home . but instead he has found only the rumour of a past in darkness. But now Poldarn has at last discovered the truth of his terrifying origins . and that truth may be more than he - or anyone - can bear.

This, I think, has definitely been one of the most entertaining and ultimately satisfying reads that I've had the pleasure to enjoy during the past few years. -- Ariel, The Alien Online