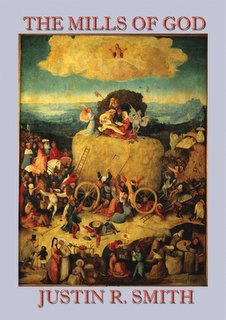 The Mills of God

Synopsis of The Mills of God

An orphaned heiress struggles to survive after past-life memories reveal a conspiracy to seize her family's fortune ... a conspiracy spanning two lifetimes that involves murdering her and everyone she loves.

So says Constance Fairchild, an eccentric poetess who is heiress to a fortune ... and a girl who, from an early age, has believed that she had been reincarnated.

Orphaned at the age of 14, when her parents die under suspicious circumstances, she is sent to a boarding school in Switzerland, a country that had haunted her dreams. Here, she makes her first real friends and stumbles on clues to her past life.

When several of her friends die under suspicious circumstances, Constance has reason to believe that her legal guardian may be responsible. What possible motive could her guardian have? Searching desperately for the answer, Constance only uncovers further questions that convince her that she may be part of some grand conspiracy. Who keeps planting listening devices in her dorm room? Why were people following both her and her friends? Why did her dead grandfather require emails from him to contain an electronic signature that was lost when he died?

Spanning two lifetimes, this conspiracy ... involving pieces of a puzzle that Constance must strive to unravel through her instinctive knowledge of virtual reality, cryptography, and the Internet ... threatens to destroy everyone she knows and loves.

Pursued across Europe and New York, Constance searches for answers and tries to survive. With the help of her friends, she manages to expose the conspirators, turn their tools against them, and by the novel's end, she solves the greatest mystery of all: Her reason for being.

Reviews of The Mills of God

...I enjoyed The Mills of God and I give Smith much credit for devising an original idea for a novel. -- Barbara McDuffie, BreeniBooks.com

While urging us to question our own spiritual beliefs, 'The Mills of God' remains an entertaining read full of lyrical language. -- BookPleasures.com

The Mills of God is an intriguing read whose suspense, philosophy and speculative aspects will keep the reader engaged and introspective. -- Daniel Eskridge, Galactium.com