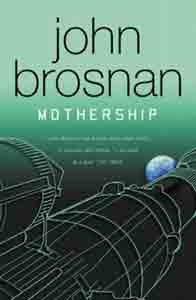 Shrewd, devious, cunning and a born liar - but as a Court Jester, Jad's a disaster. So when he's sent off with the warlord's son, Prince Kender, on a spying mission, he's hoping that his less desirable traits will actually save his life. Since the Day of Wonder, when all the electric lights stopped working, there have been rumours of unrest in the neighbouring domains ... and no one has seen hide nor hair of any of the Elite, the ruthless technocrat class that have ruled Urba for centuries. What most of the inhabitants don't realise is that their world of Urba is actually a giant spacecraft, an ark built more than a thousand years ago to save as much of the Earth's population as possible before the sun went nova. The Elite were originally the ship's crew, and as a social experiment, the ship's population were forced to live a pseudo-mediaeval life ... and as the centuries passed, the Elite became decadent, corrupt and cruel and the truth about Urba became hidden. And now Jad and his courageous - if thick - Prince are about to find out what happened to the Elite - and what's happening to the people of Urba ...

Mothership really is a dreadful Book and it has segregated itself from its only possible target audience by the inclusion of pointless sex and swearing. -- Martin Lewis, The Alien Online

There are touches of humour but they are not enough to compensate for the lack of depth. -- Pauline Morgan, SFCrowsnest