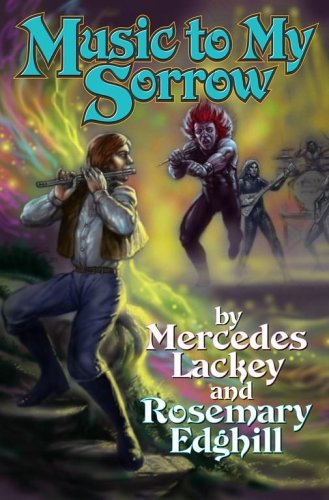 Music to My Sorrow

Synopsis of Music to My Sorrow

Eric Banyon, also known as Bedlam's Bard, managed to rescue his young brother Magnus from what seemed to be a killer demon (in Mad Maudlin), but now he must rescue Magnus again, this time from their tyrannical parents. Eric does not look forward to the battle, but is confident he can gain custody. His financial sources are virtually unlimited, his friend Ria Llewellyn heads the most high-powered law firm in New York, and in a pinch he and his friends can use to magic powers, even flummoxing a DNA test, it comes to that. What Eric does not know is that his parents are allied with the evangelist Billy Fairchild, who himself is a tool of the evil Unseleighe elves, who feed off human sorrow and suffering. Fairchild specializes in getting "bad" children to shape up, which is accomplished by letting a soulsucker-malevolent creature from the elf world-drain the victim of all talent, creativity, and will, leaving an obedient zombie husk behind. If Magnus and his friend Ace, who is also on the run from her twisted parents, fall into Fairchild's hands, they will join the Unseleighe's zombie ranks. And Eric's bardic magic may not be enough to save them.

Reviews of Music to My Sorrow

Anyone who enjoys young adult fantasies should enjoy this Book... -- Carolyn Frank, SFRevu