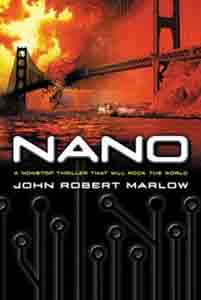 Nanotechnology promises all things: immortality, invincibility, wealth beyond imagination---and the utter destruction of mankind. One man has it, and no one knows who. . . .Mitchell Swain is the richest man in the world, until he announces the "ultimate technological breakthrough." The world stops for the press conference---and sees him assassinated.No one knows what he was going to say.Almost no one.Jennifer Rayne intends to find out. A leading journalist covering high-tech, she was scheduled to interview Swain after the press conference. Instead, she investigates his murder.What she finds is a scientist to whom Swain has funneled billions . . . a desperate U.S. government following the same clues . . . and a bizarre technology that promises invincibility, immortality, and the ability to destroy any enemy---or the earth itself.Mankind has entered the final arms race.It will last two days.As this breathlessly fast-paced nanothriller unfolds, readers are taken on a stunning tour de force of nanotechnology's promises and perils---until the fate of the earth itself hangs in the balance. . . .

There are a lot of thought provoking ideas in this story, a lot of scary things. -- Cindy Lynn Speer, Fantastica Daily

If you haven't read Nano by John Robert Marlow, I strongly encourage you to add it to your list-at the top. -- Rocky Rawstern, Nanotechnology Now