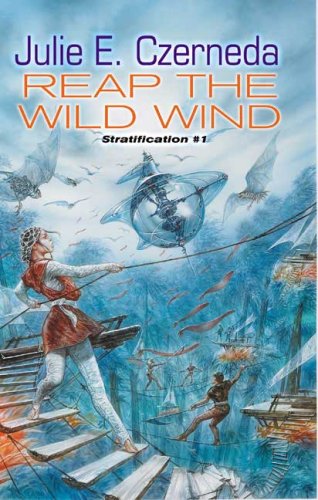 Synopsis of Reap the Wild Wind

In the first Book of the Stratification Series, set in an earlier time in Czerneda's Trade Pact Universe, the Clan has not yet learned how to manipulate the M'hir to travel between worlds. Instead, they are a people divided into small tribes, scattered over a fraction of their world, and prevented from advancing by two other powerful races who control both technology and terrain.

Aliens begin exploring the Clan's home planet, upsetting the delicate balance between the three intelligent races. It is a time, too, when one young woman is on the verge of mastering the forbidden power of the M'hir-a power that could prove to be the salvation or ruin of her entire species...

Reviews of Reap the Wild Wind

For a coming-of-age adventure in the classic science fiction sense, this novel delivers all the right elements. -- Lois H. Gresh, Scifi.com

Whether it's Ms. Czerneda's considerable background in biology, her sheer knack for storytelling, or something more ethereal, she has the ability to deliver to readers a gift of reading wonder worthy of a good night with a bowl of your favorite snack and drink. -- Christina Wantz Fixemer, Wantz Upon A Time Book Reviews

Her fans won't be disappointed and new readers might well be tempted to look up her earlier Books. -- Don D'Ammassa, Critical Mass