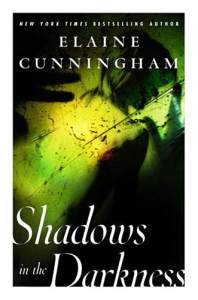 Shadows in the Darkness (Changeling)

Synopsis of Shadows in the Darkness (Changeling)

Gwen "GiGi" Gelman, a ten year veteran of the Providence, Rhode Island vice squad, finds herself unemployed after being blamed for a routine bust that turned into a bloodbath. GiGi is used to being on her own, though, and with the help of a DA who owes her, she's scraped together enough capital to start her own PI business, specializing in"family problems"-in particular runaways who have disappeared into Providence's seamy underside.

With a few custodian kidnapping cases under her belt, as well as a case against a Catholic school teacher/molester, Gigi is doing well for herself --until she takes on the case of a fourteen year old runaway who may or may not have been kidnapped.

As Gigi investigates, she accidentally opens the door to her own mystical past. Now long-hidden family ties threaten her, and the secret of her identity unlocks a conspiracy that reveals the forces of darkness that play in the shadows...

Forces that intend to be the masters of all mortal life.

Reviews of Shadows in the Darkness (Changeling)

This new Book, the first in a Series, represents a break from working in other creators' worlds and is a pretty darn good urban fantasy. -- Drew Bittner, SFRevu

Shadows In The Darkness is an amazing read, please don't pass it by! -- J. A. Kaszuba Locke, Bookloons

SHADOWS IN THE DARKNESS is an excellent private investigative tale starring a delightful unique protagonist, an elf. -- Harriet Klausner, The Best Reviews