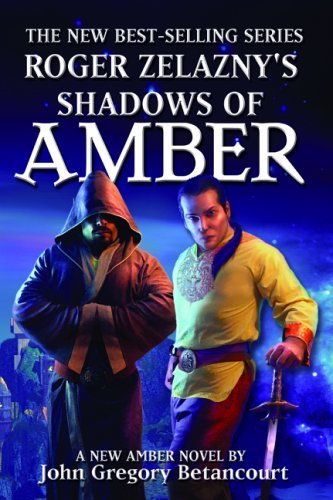 Synopsis of Shadows of Amber

Oberon, newly-crowned King of Amber, finds himself in the middle of deadly political machinations, as his father tries to turn him into a puppet ruler. Meanwhile, rumors abound of a "Shadow Amber" in the sea, where a distorted version of Oberon sits on an onyx throne. To make matters worse, Oberon's sister is trying to marry him off to a grasping would-be queen, at least two siblings are out for his blood, and the entire Shadow-universe is starting to unravel. What's a new king to do? Seek help from an unlikely new ally!

Reviews of Shadows of Amber

So aside from a coherent plot, what's missing from the Betancourt Books? The poetry. The sheer literary force. The staggering power of the subtle sentence structures and felicitous turns of phrase. All this is missing, and much more. -- Van Plexico, Revolution Science Fiction