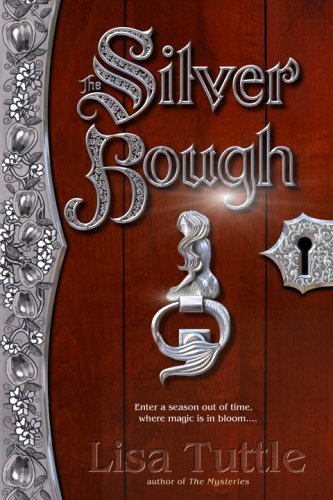 Synopsis of The Silver Bough

Nestled on the coast of Scotland, Appleton was once famous for its apples. Now, though the orchards are long gone, locals still dream of the town's glory days, when an Apple Queen was crowned at the annual fair and good luck seemed a way of life. And outsiders are still drawn to the charming village, including three very different American women.

Enchanted by Appleton's famously ornate, gold-domed library, divorc...e Kathleen Mullaroy has left her cosmopolitan job to start anew as the town's head librarian. Widowed Nell Westray hopes for a quiet life of gardening in the place where she and her husband spent their happiest moments. And young Ashley Kaldis has come to find her roots, and learns that the town's fortunes turned when her grandmother was crowned Apple Queen'then mysteriously disappeared.

When a sudden landslide cuts Appleton off from the wider world...and the usual constraints of reality'the village reveals itself to be an extraordinary place, inhabited by legendary beings, secret rooms, and the blossoming of a rare fruit not seen in decades. Most unexpected is a handsome stranger who will draw all three women into an Otherworld in which luck and love will return to Appleton...if only one of them will believe.

Lush with the romance and allure of ancient traditions, The Silver Bough will propel you into a land where, as in Eden, the bite of a single apple can alter the whole course of reality.

Reviews of The Silver Bough

An apple a day may keep the doctor away, but embedding yourself in this apple-laden tale will certainly bring your mental health to a pleasure plateau. -- Carolyn Frank, SFRevu

The characters are three dimensional and have a role in the upcoming events as Lisa Tuttle has written a spell binding Scottish Brigadoon like fantasy. -- Harriet Klausner's Review Archive