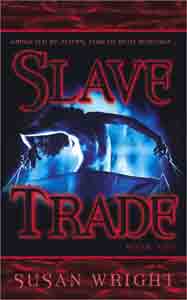 Human slaves can't defy their alien masters - or can they? Rose Rico never believed the rumors, that the government was secretly selling human beings to the Alphas in exchange for advanced alien technology. The idea that human sex slaves were a luxury item throughout the galaxy was just too ridiculous to take seriously--until Rose found herself, along with hundreds of other human captives, bound for the far reaches of space, and compelled to cater to the depraved desires of her new alien masters.

As a rule, pleasure slaves don't live very long, especially the stubborn ones. But Rose refuses to give up. Someday, somehow, she'll win back her freedom-or die trying!