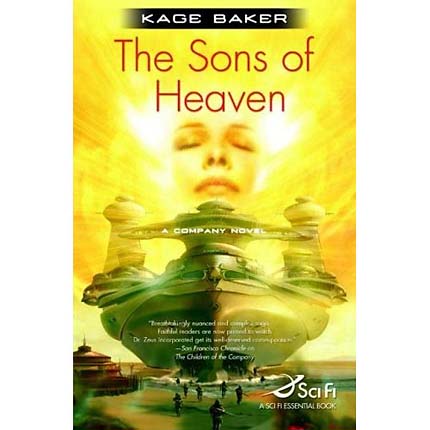 The Sons of Heaven

Synopsis of The Sons of Heaven

This is the Kage Baker novel everyone has been waiting for: the conclusion to the story of Mendoza and The Company. In The Sons of Heaven, the forces gathering to seize power finally move on the Company. The immortal Lewis wakes to find himself blinded, crippled, and left with no weapons but his voice, his memory, and the friendship of one extraordinary little girl. Edward Alton Bell-Fairfax, resurrected Victorian superman, plans for world domination. The immortal Mendoza makes a desperate bargain to delay him. Enforcer Budu, assisted by Joseph, enlists an unexpected ally in his plans to free his old warriors and bring judgment on his former masters. Executive Facilitator Suleyman uses his intelligence operation to uncover the secret of Alpha-Omega, vital to the mortals... survival. The mortal masters of the Company, terrified of a coup, invest in a plan they believe will terminate their immortal servants. And they awaken a powerful AI whom they call Dr Zeus. This web of a story is filled with great climaxes, wonderful surprises, and gripping characters many readers have grown to love or hate. It's a triumph of SF!

Reviews of The Sons of Heaven

...despite a somewhat fragmentary ride, the payoffs here will not disappoint. -- Paul Di Filippo, scifi.com

... like a priceless vase with a big crack in it. -- Dave Roy, Curled Up With A Good Book

Company fans will revel in The Sons of Heaven. -- Hilary Williamson, Bookloons

Here's hoping that, with the Series completed, more readers will discover Baker's astonishing saga, assured that their time and effort will be amply rewarded. -- Michael Berry, The San Francisco Chronicle