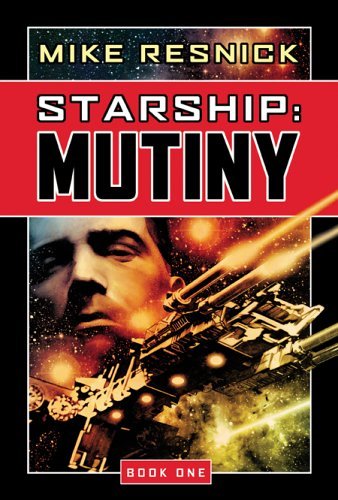 The date is 1966 of the Galactic Era, almost three thousand years from now, and the Republic, created by the human race but not yet dominated by it, finds itself in an all-out war against the Teroni Federation, an alliance of races that resent Man's growing military and economic power. The main battles are taking place in the Spiral Arm and toward the Core, but far out on the Rim, the Theodore Roosevelt is one of three ships charged with protecting the Phoenix Cluster, a group of seventy-three inhabited worlds. Old, battered, some of its weapon systems outmoded, the Teddy R. is a ship that would have been decommissioned years ago if a war wasn't raging. Its crew is composed of retreads, discipline cases, and a few raw recruits. But a new officer has been transferred to the Teddy R. His name is Wilson Cole, and he comes with a reputation for heroics and disobedience. Twice he has ignored or exceeded his orders...both times he has presented the Republic with unexpected triumphs, and both times he has had his ship and crew shot out from under him. Now, he's been banished to the Teddy R., where he will be a mere second officer, behind Captain Makeo Fujiama and Executive Officer Podok, a fierce Polonoi female. Tensions rise on the Teddy R., discipline is lax, and Wilson Cole is not a man to sit idly by as a war rages elsewhere. But the Phoenix Cluster is the last place in the galaxy that the enemy would think of attacking. Or is it? With Starship: Mutiny, five-time Hugo winner Mike Resnick brings his prodigious imagination to bear on his very first military SF. Will the galaxy ever be the same?

Mike Resnick is a skilled craftsman, and he brings to this novel much of the same storytelling skill he has shown in many of his award-winning stories. -- D. Douglas Fratz, Scifi.com

With about fifty Books to his r'sum... and enough awards to sink a frigate, Resnick whips up a cast of likable and memorable heroes with such ease that half the aspiring writers who read him will be slack-jawed with awe, with the other half jealously planning his violent death. -- T. M. Wagner, SFReviews.net

This is a Book that I believe cannot help itself when it comes to pleasing all of Resnick's many fans, and is one I feel should win him some new fans along the way. -- Steve Mazey, The Eternal Night

There's a veneer of quality and above all believability that makes this heads above many space operas. -- Tomas L. Martin, SFCrowsnest