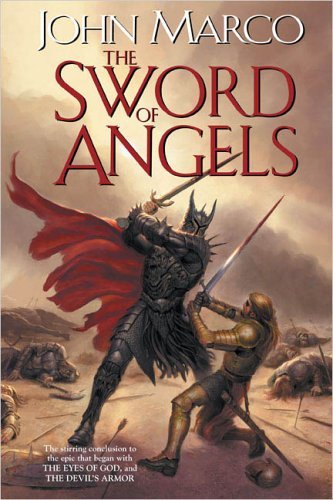 The Sword of Angels

Synopsis of The Sword of Angels

Lukien, the Bronze Knight of Liiria, was once the kingdom's greatest champion-and then he betrayed his king. Consumed by guilt, he now lives in self-imposed exile, devoting himself to the protection of the mountain fortress of Grimhold and wearing one of the magical amulets known as the Eyes of God. But Grimhold is threatened by a murderous magical secret, the Devil's Armor, which has at last found a wearer. Only the hidden Sword of Angels can defeat the Devil's Armor-if Lukien can find it before it is too late.

Reviews of The Sword of Angels

Epic fantasy lovers will find immense pleasure in reading THE SWORD OF ANGELS, a work that is filled with characters that are believable and understandable. -- Harriet Klausner, ParaNormal Romance Reviews

This is epic fantasy at its best. -- Claire E. White, The Internet Writing Journal