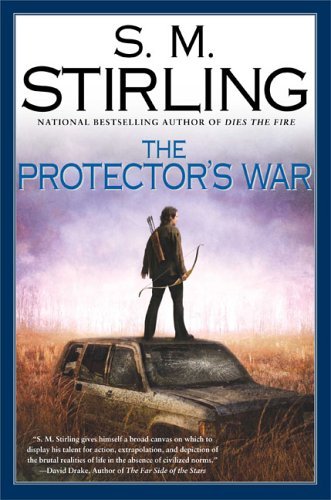 Synopsis of The Protector's War

Ten years after The Change rendered technology inoperable throughout the world, two brave leaders built two thriving communities in Oregon's Willamette Valley. But now the armies of the totalitarian Protectorate are preparing to wage war over the priceless farmland.

Reviews of The Protector's War

Readers will eagerly await the next work in the stunning Series. -- Harriet Klausner, The Best Reviews

The Protector's War, as I hoped it would be, is where S. M. Stirling's ambitious post-apocalyptic trilogy finally shifts into high gear. -- T. M. Wagner, SF Reviews.net

S. M. Stirling is a good storyteller and this Book is worth reading as an adventure story. -- Madeleine Yeh, SFRevu.com