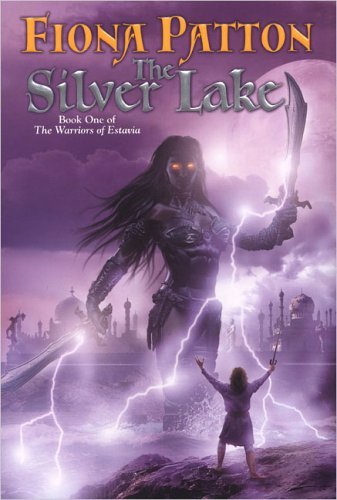 Synopsis of The Silver Lake

In Anavatan, the city of the Silver Lake, where the gods frequently manifest, it's hard to survive if you're not pledged to a deity. When the three-night chaos of Havo's Dance sweeps through the city, the unaffiliated had best find good places to hide-or risk madness and death out on the streets.

But during this year's Dance, street orphans Spar and Brax will discover their destinies: one when he is marked as the future Champion of the War God, and the other as he learns to master his talent as a seer. And their enemy Graize will be cast forth from the city and claimed by hungry spirits-spirits who seek a way into Anatavan and the power of the Silver Lake.

Reviews of The Silver Lake

The Silver Lake lays the groundwork for a world rich in personality and layers of conflict, promising well-conducted fantasy in the rest of the Series. -- Christine Fisher, SFRevu

The first Book in The Warriors of Estavia is a fantastic fantasy filled with action, intrigue and refreshingly original and realistic characters. -- Harriet Klausner, ParaNormal Romance Reviews