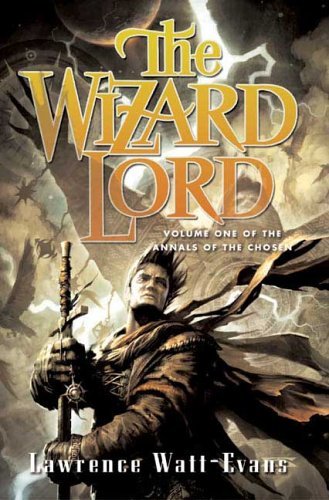 Synopsis of The Wizard Lord

The Wizard Lord's duty is to keep the world in its delicate balance. He must govern lightly to protect his domain from power-hungry interlopers, such as certain wizards who previously fought to rule the world...But if the Wizard Lord himself strays from the way of the just, then it is up to the Chosen to intercede.

The Chosen ones are the Leader, the Seer, the Swordsman, the Beauty, the Thief, the Scholar, the Archer, and the Speaker. Each are magically-infused mortal individuals who, for the term of their service, have only one function--to be available to remove an errant Wizard Lord, whether by persuasion or by stronger means.

Breaker, a young man of ambition, has taken the mantle of Swordsman from its former bearer who wished to retire. Never did he realize that he would be called to duty so quickly, or that the balance of power in his world would be so precarious.

He had a duty to perform. A world to save.

So why does he still have doubts...not just about himself, but about the entire balance of power?

Reviews of The Wizard Lord

A fun read, not too serious, but with some good potential. -- Paul Haggerty, SFRevu

Well handled, with low-key surprises: weighing in somewhere between solid and stolid, without ambition to be anything more. -- Kirkus, reprinted on Monsters and Critics.com

THE WIZARD LORD, Volume One of the Annals of the Chosen, is a terrific but typical sword and sorcery tale that is somewhat refreshed by the checks and balances of power that in many ways parallels the American government. -- Harriet Klausner, Harriet Klausner's Review Archive

All in all, Watt-Evans carries through his tale with a good mix of humor and suspense and insight into the human condition. Plus, there's a vicious attack by a pack of mind-controlled squirrels. What's not to like? -- Paul Di Filippo, Scifi.com