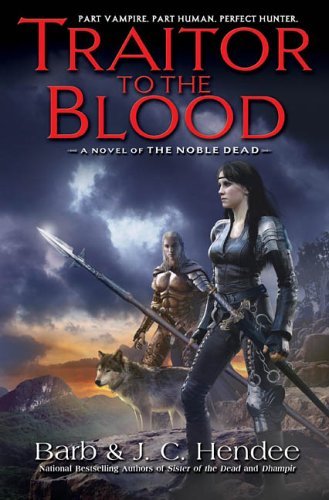 Traitor to the Blood

Synopsis of Traitor to the Blood

Born a half-breed to an elven mother and human father, Leesil was raised in the Warlands as assassin, spy, and slave to Lord Darmouth, ruler to one of its independent provinces. But Leesil's mother trained him too well, and he used his skills to escape, leaving his parents to suffer Darmouth's wrath for all such traitors and their kin. Now, with newfound purpose in the company of his beloved Magiere, Leesil returns to confront the sins of his past and uncover his parents' fate.

Unable to turn him from this dangerous course, Magiere follows Leesil into the darkness of his past in the Warlands. Knowing what may happen should Darmouth learn of Leesil's return, she is prepared to slaughter any who may try to take him from her. But Magiere's own past may well pose a more deadly threat. Two creatures of unfathomable power continue to stalk her-one who believes she's the key to his salvation, and one who seeks to destroy her...and all those she loves.

Reviews of Traitor to the Blood

Traitor to the Blood, while presenting more intrigue than other Books in the Series, seems to be much slower, burdened with having to catch the reader up on the past three Books, as well as replaying key experiences several times. -- Nicki Lynch, SFRevu

There is a lot of intrigue in TRAITOR TO THE BLOOD which is one of the reasons it is so hard to put down. -- Harriet Klausner, ParaNormal Romance Reviews