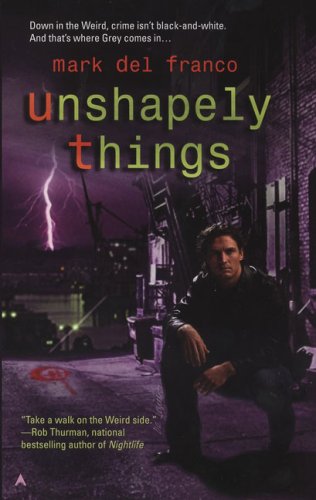 In the alleys of the decrepit Boston neighborhood known as the Weird, fairy prostitutes are turning up dead. The crime scenes show signs of residual magic, but the Guild, which polices the fey, has more "important" crimes to investigate and dumps the case on human law enforcement.

Boston police call in Connor Grey, a druid and former hotshot Guild investigator-whose magical abilities were crippled after a run-in with a radical environmentalist elf. As Connor battles red tape and his own shortcomings, he realizes that the murders are not random, but part of an ancient magical ritual. And if Connor can't figure out the killer's M.O., the culmination of the spell might just bring about a worldwide cataclysm.

The intriguing cast of characters keeps the readers involved with the mystery wrapped up in the fantasy. -- Beth Slater, SFRevu