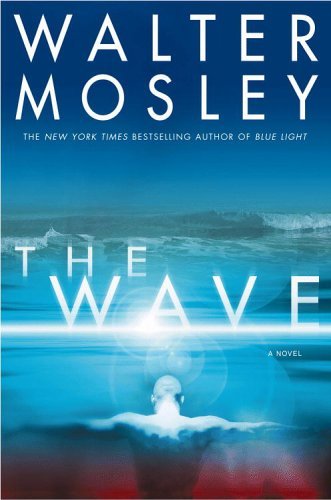 Synopsis of The Wave

Errol is awakened again by a strange prank caller asking for him by name and claiming to be his father--who has been dead for several years. It feels like a surreal call from the grave, until Erroll hears the unmistakable sound of a handset being put down on a table. Curious, and not a little unnerved, he sneaks into the graveyard where his father is buried. What he finds there will change his life forever. But once Errol's been touched by the Wave, a presence infecting the planet, can anything be the same again? With the bold imagination that made Blue Light a bestseller, Walter Mosley returns to science fiction with a novel both eerie and transcendent.

Reviews of The Wave

You should definitely ride this Wave! -- Paul Di Filippo, Scifi.com

Sci Fi fans will see why mystery readers find it easy to give THE WAVE to the great Walter Mosley. -- Harriet Klausner, ParaNormal Romance Reviews

At the end of THE WAVE, I was unmoved, uninterested and even a little bored. -- Sue Burke, Fresh Fiction

A lot of the plot is classic SF, and not especially inspired, even from a fifties black and white movie. -- Ernest Lilley, SFRevu