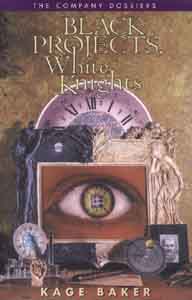 Is it possible to interfere with history in a moral way, especially if profit is the primary motivation for doing so? Is it possible to sustain any ethical standards at all when handed what amounts to unlimited power? These and other shadowy questions are raised in this Book, the unofficial history of Dr. Zeus, Inc.-known to its employees simply as the Company. This collection brings together the early Company stories in one volume for the first time. Also included are new stories, three previously unpublished, and one, "The Queen in Yellow," written exclusively for this Book. Sci-fi fans will follow the secret activities of the Company's field agents-once human, now centuries-old time-traveling immortal cyborgs: Botanist Mendoza's search for the rare hallucinogenic Black Elysium grape in 1844 Spanish-held Santa Barbara, California; Facilitator Joseph's dreamlike solicitation of the ailing Robert Louis Stevenson in 1879; Marine Salvage Specialist Kalugin's recovering of an invaluable Eug...ne Delacroix painting from a sunken yacht off the coast of Los Angeles in 1894; and Literature Preservationist Lewis's retrieval of priceless literary artifacts, in 1914 Egypt, from the mummy case of Princess Sit-Hathor-Yunet.

Fans and newbies alike should enjoy Black Projects, White Knights, though of course the former category of reader will be the more delighted. -- Mervius, Fantastica Daily

Baker's writing is engaging and her ability to detail insights into contemporary humans by her glimpses into the 'lives' of immortal cyborgs located in our past is outstanding. -- BooksForABuck

Black Projects, White Knights fails for me because it doesn't try hard enough to imperil our souls but instead tries to tell a more angelic story. -- Sherryl Vint, Strange Horizons