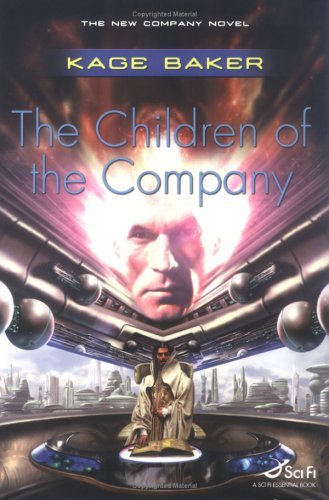 The Children of the Company

Synopsis of The Children of the Company

Take a ride through time with the devil. In the sixth Book of the Company Series, we meet Executive Facilitator General Labienus. He's used his immortal centuries to plot a complete takeover of the world since he was a young god-figure in Sumeria. In a meditative mood, he reviews his interesting career. He muses on his subversion of the Company black project ADONAI. He considers also Aegeus, his despised rival for power, who has discovered and captured a useful race of mortals known as Homo sapiens umbratilis. Their unique talents may enable him to seize ultimate power. Labienus plans a double cross that will kill two birds with one stone: he will woo away Aegeus's promising protege, the Facilitator Victor, and at the same time dispose of a ghost from his own past who has become inconvenient. The Hugo-nominated novella "Son Observe The Time," telling that part of the story, is integrated into the narrative. Fans of the Series will love this Book, and new readers will be enthralled.

Reviews of The Children of the Company

It is impossible to read The Children of the Company without being ever more deeply impressed by the thoroughness and artistry with which Baker has conceived and elaborated her central conceits. -- Paul Witcover, Scifi.com

The novel's episodic structure works to its advantage, though, filling in some of the background details of favorite supporting characters while offering hints of a colossal confrontation to come. -- Michael Berry, The San Francisco Chronicle

The Children of the Company is not really a novel, but it will do until the next Company novel comes along. -- Lisa Goldstein, Brazen Hussies