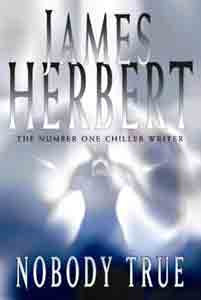 Synopsis of Nobody True

What happens when you lose your body? Jim True knows. He has returned from an out-of-body experience to find he has been brutally murdered and his body mutilated. No one can see him, no one can hear him, no one, except his killer, knows he still exists. Freed from his body, True embarks on a quest to find his killer and discover why and how he has managed to survive. As he closes in on his murderer, True discovers that even the very people he loved and trusted have betrayed him. He meets his killer, a strange and sinister figure who can also leave his body at will. An epic and deadly battle ensues between True and a seemingly unstoppable and hideous serial killer - a man now intent on even more murders, including True's wife and child...

Reviews of Nobody True

Herbert is by no means our most literary writer ... his style and form hasn't really changed in twenty years, but at the same time, his skill with story and structure is as solid as it ever was. -- John Berlyne, SFRevu

...so rapid is Herbert's first-person narration that it takes a while to notice the thinness of the plot and the fact that Nobody True has little to say... -- Jon Courtenay Grimwood, The Guardian

Read it, but be warned, you may never look at a knitting needle in quite the same way again! -- Laura Kayne, SF Crowsnest