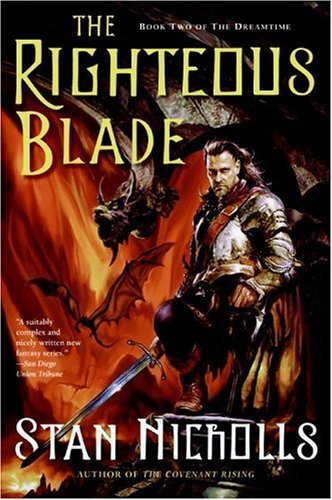 Synopsis of The Righteous Blade

Cursed with immortality and fits of blind, deadly rage, swordsman Reeth Caldason has wandered the world seeking both revenge for his slain tribe and a cure for his affliction. His travels have brought him to Bhealfa, where the Authorities use magic and brute force to control the entire population.

The paladin clans, an order of mercenary knights, are determined to crush the growing revolution, and Devlor Bastorran, the wildly cruel heir apparent to the clan leadership, plots a gruesome revenge against Reeth.

But Reeth has larger problems to contend with. The rebels have decided on the location of their new state -- a remote island -- and he has been given the dangerous task of delivering payment in gold. Soon Reeth discovers that a powerful new enemy threatens to destroy not only the Covenant, but also his chance for redemption.

Reviews of The Righteous Blade

An interesting world full of interesting characters acting to the limits of their abilities makes this a fun read and a Series to keep an eye on. -- Steve Sawicki, SFRevu