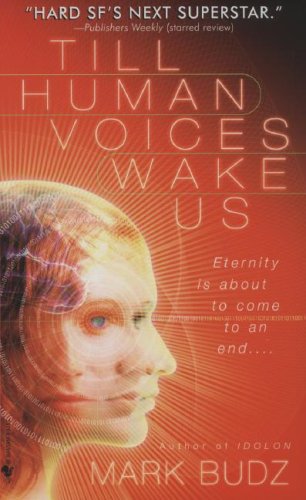 Till Human Voices Wake Us

Synopsis of Till Human Voices Wake Us

In such groundbreaking novels as Crache and Idolon, Mark Budz established his reputation as one of science fiction's most exciting and innovative writers. Now he surprises us again with an ambitious new thriller set in three realities at once, where three different lives hang in the balance....

What if your world were rapidly running out of tomorrows? And what if the only way to save the future was to relive the past? But which past holds the key to survival? That's the life-and-death question faced by three desperate people separated by the past, present, and future but who share a single terrifying reality. A tortured soul, brain-damaged in a motorcycle accident, issues a pirate broadcast out of a van in near-future California. In Depression-era San Francisco an architect with an inoperable brain tumor seeks a mystical cure. A post-human space traveler caught in a cosmic accident searches for a way to reconstruct himself and the future. In Mark Budz's spellbinding narrative, their lives...and deaths...are drawn together by a force even more powerful than destiny.

Reviews of Till Human Voices Wake Us

Its aims are laudable, and the scene-by-scene execution is generally deft. But the message is a bit overfamiliar, and the components are less than exciting separately and fail to come together for too long. -- Paul Di Filippo, Scifi.com

This is an ambitions work, which means that it's going to require effort on the reader's part. Put the effort in, and you get paid amply for it... -- Ernest Lilley, SFRevu