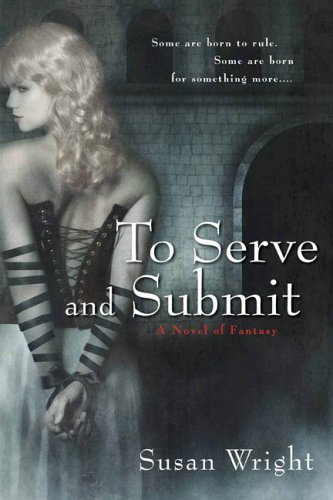 To Serve and Submit

Synopsis of To Serve and Submit

Between domination and subservience exists a realm of sensual fantasy unlike any ever dreamed.

Marja was born a child of the fens, young, beautiful, and free. Her days were spent searching for bog iron for her poor family and communing with the spirits of the land who both guarded and guided her. But her contentment is broken when a man comes to her small village and buys her from her father.

The handsome Lexander is well-known as a procurer for the pleasure house of Vidaris, where Marja is to be schooled in the arts of seduction and carnal delight. Though frightened, Marja grows to love her master and discovers her nature as a true submissive. But when Lexander grants Marja her freedom, she discovers that not all are so kind. Like the warriors who care nothing for those they conquer-and show no mercy to those who oppose them.

Now, Marja must accompany a fallen noblewoman on a perilous journey to save the land that's so precious to them. And Marja will have to use all of her strength, skills, and cunning to survive in the war that is about to engulf them all.

Reviews of To Serve and Submit

This Book carries you away into the exotic world of sex slaves, hardy heroes and barbaric chieftains. -- Florence Cardinal, SFRevu

Sensual, well-constructed and fairly persuasive. -- Kirkus, via Monsters and Critics