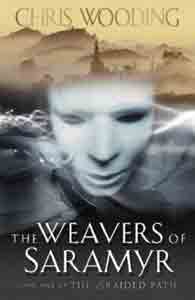 Synopsis of The Weavers of Saramyr

A richly textured, darkly evocative fantasy set in a beautifully realised fantasy world, the Saramyr trilogy tell the story of an empire that rules over a land being overwhelmed by evil.An evil that comes from within the empire's centre, a sect of magicians close to the throne intent on killing any child born with magical powers. But now the empress has given birth to just such a child and revolution is brewing.Akin to the works of Robin Hobb this is a hugely involving fantasy set in a world with an enticing oriental flavour.

Reviews of The Weavers of Saramyr

All in all then, I'd say that this is the sort of Book that I'd recommend to anyone who might be looking for a good, solid read that moves along at a fair old pace and provides a few surprises along the way. -- Ariel, The Alien Onine

Too many pages read like descriptions cut-and-pasted from the Author's noteBooks, and there are far too many words ending in -ly. -- Stephen Palmer, Infinity Plus

This is how fantasy should be done. -- Donna Jones, SFCrowsnest

...an entertaining tale, with enough originality in its setting and premise, and enough mystery in its denouement, to make it worth following. -- Victoria Strauss, SF Site