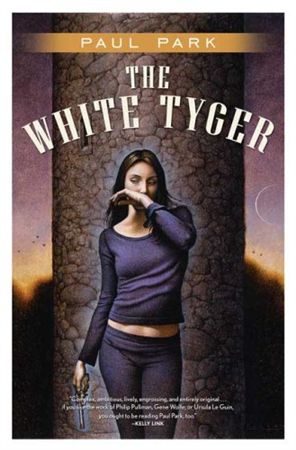 Synopsis of The White Tyger

Miranda Popescu is at the fulcrum of a deadly political and diplomatic battle between conjurers in a fantasy world where Roumania, now occupied by the German army, is still a leading European power. Her enemies are the mad Baroness Ceausescu, serving as a figurehead-of-state, and the ghost of the sinister Elector of Ratisbon. A Princess of Roumania brought the teen-aged Miranda and her two best friends into the conflict, from a place of safety in our world. The Tourmaline told how Miranda began to grow into her new sense of self, as she traveled in secret through Roumania, defeated the elector in the spirit world, and lit a fire of resistance against the German occupation and the baronesss corrupt regime. Now reunited with her friends in The White Tyger, she suffers a reversal and is captured by the baroness, along with her true mother, who was held prisoner in Germany since Mirandas birth. Both in the spirit world and in Roumania, the story in The White Tyger moves toward a Series of startling climaxes.

Reviews of The White Tyger

This volume offers a lot of intriguing, exciting matter for our appreciation... -- Paul Di Filippo, Scifi.com

The third Roumania fantasy (see THE TOURMALINE and A PRINCESS OF ROUMANIA) is a fabulous entry in one of the better genre Series. -- Harriet Klausner, Alternative Worlds